» ScienceFiction » Not Super Robot Wars at All 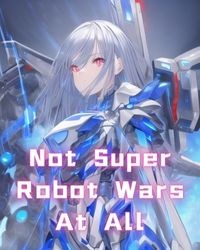 Not Super Robot Wars at All

Since his transmigration, he has studied hard and entered Anaheim to design Gundam, do scientific research, study driving, and the way of self-marketing. He could be called a great man among travellers. Until one day, “that” appeared in front of him… “Idiot, are robots all Gundams?!” PS1: Anyone can redistribute this novel for free. If you want to repost this novel on your website or blog, please send an email to hssmytygcs222@gmail.com and I will send you the text file. PS2: The translation is already completed.

Not Super Robot Wars at All – Chapter 238

The Final Chapter: The Infinite Journey

Thanks to his mother, who worked at a Research Institute in Anaheim, today was the first time in Uso's life that he could fly first class. Although he had been to the moon with his mother several times before, they had always been in economy class. This time, he went out alone and his mother was worried, so she bought him a first-class ticket.