» ScienceFiction » I’m the Mysterious Leader of the Salvation Organization 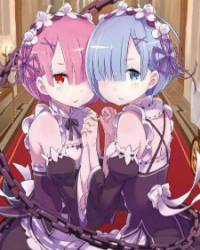 I’m the Mysterious Leader of the Salvation Organization

Babel Tower, a mysterious organization, suddenly appeared in front of the world. In the name of saving the world, they studied mutation technology and dealt with all kinds of terrifying natural disasters. They forcefully controlled Knight, Psychics, Witch and other big shots to join their organization and become operators. “Everything is under the Savior’s control.” “I’m the queen of the Vampire, I won’t kneel before you! Damn it! I can’t control my body!” “Please, let me rest. I don’t want to go on another mission.” … Everyone believed that the mysterious leader behind the Babel Tower, the savior, was definitely the force of God. After hearing this, I panicked.

I’m the Mysterious Leader of the Salvation Organization – Chapter 38

Chapter 38 I Am A Secret Weapon!

There are green plants everywhere, like a grand garden surrounding a group of villas. Many men in black suits are parading all over the villa.

The number of family guards is double that of a week ago.

The configuration of spells and rituals for nearby defenses and alarms has also been improved. Any invasion will met with terrible consequences.