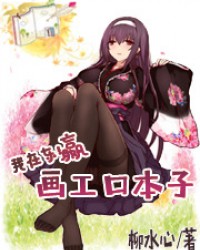 I Draw R18 Manga In Japan

Shimizu Hakuseki transmigrated to Japan in 1974, when he was 16 years old, and decided to move towards his goal of becoming a great artist. But first, he had to solve the problem of food and clothing. An artist who can't feed himself is a dead artist. It was not easy to make money in Tokyo, and after many bumps in the road, he decided to put aside his modesty and pick up a brush, first of all, starting from drawing R18 mangas. Looking at the blue sky, Shimizu Hakuseki prayed silently. きさらぎ ぐんま, 鬼月あるちゅ, Katsutoshi, たけだ ひろみつ, and many other artists who gave me joy, bless me!

To be honest, because of ethnic differences, Europe and America had a different viewpoint about Loli with Japan. Many 18-year-old Japanese young girls could still be regarded as "Loli" in the eyes of Europeans and Americans.

Therefore, the Japanese government had to stipulate that girls in anime must be over 18 years old at that time.