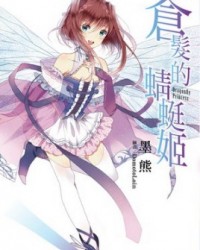 The poor girl Su’er was captured by the insects and transformed into a Dragonfly Girl. However, she did not lose confidence in life, but also worked part-time as a magazine poster girl. On her way to have a new photo shoot, she happened to take the same train with Princess Marmalan, and encountered an assassination event against the princess. In the face of the unprecedented crisis, Su’er and Leiya, the retired female imperial guard, and Kukur, the fiancé of Princess Mamalan embarked on an escape adventure. However, on the other side, a long-brewing conspiracy is quietly happening at this time…

The first one to notice that something was wrong was, of course, Leiya.

When she was serving in the Sisterhood, she had a little bit of fame, but unlike the "Sharp-eyed Mona", "God Hand Able", and "Slachivet, the Animal Abuser", which were all overpowering names, she was only the "anything goes" Leiya. This was quite an odd title.